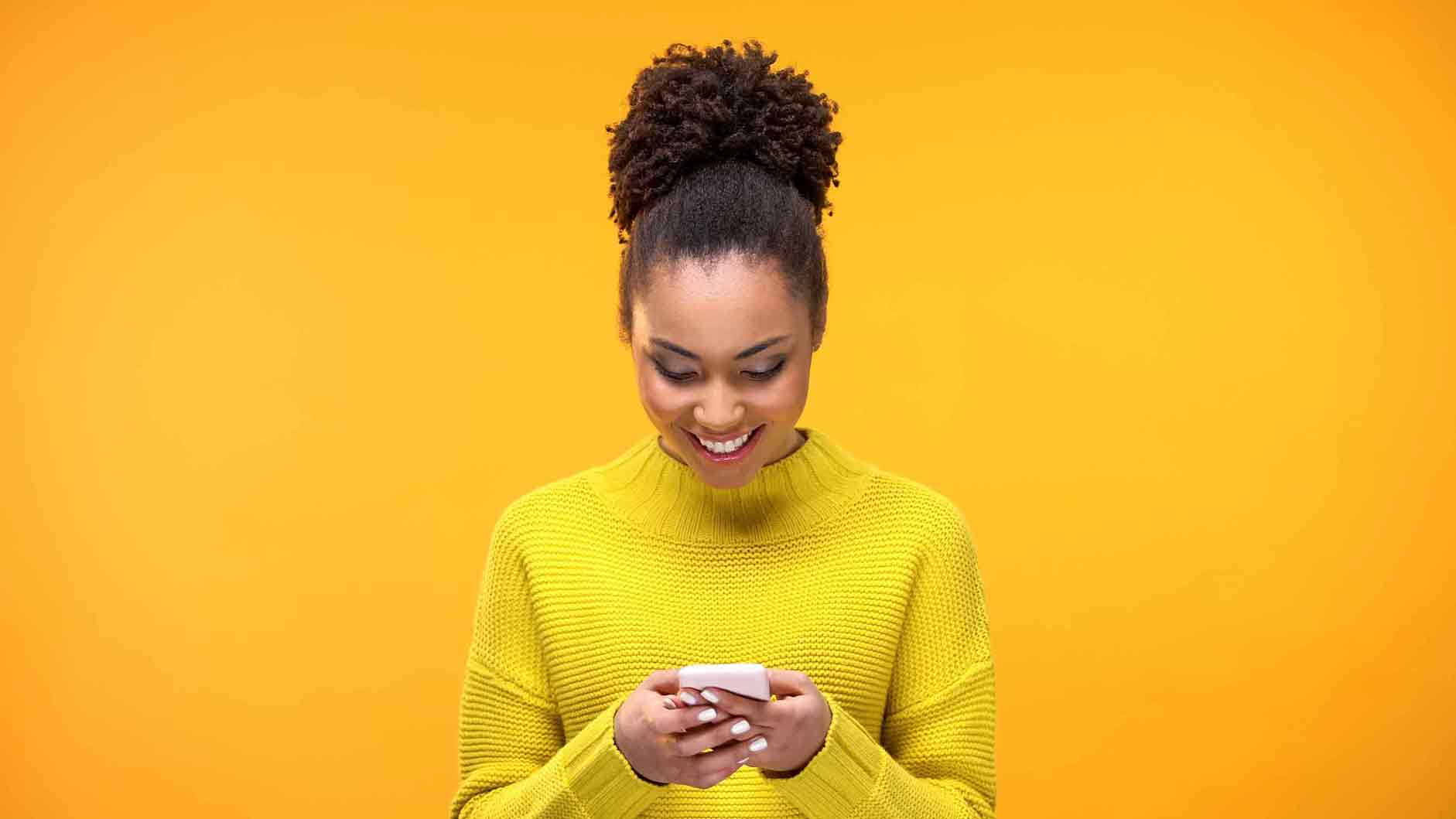 Conversational UI helps brands connect with people in a simple and intuitive way. In a world where chatbots and voice assistants dominate, conversational UI is the ultimate differentiator.

What is conversational UI?

Conversational UI, or a conversational user interface, helps you interact with a computer in an intuitive way. It streamlines communication between a consumer and a device.

Good conversational user interfaces make it easy for customers to communicate with text, buttons, voice commands, and graphics. Instead of relying purely on text-based or graphical UI, they use a combination of communication methods to save customers time and effort.

There are a few main types of conversational UI:

Companies use conversational apps to build branded experiences inside of the messaging apps that their customers use every day. Instead of forcing customers to use their branded app or website, they meet customers on the apps that they already know and love.

Below is an example of how conversational apps in action

Customers prefer conversational user interfaces to other forms of assistance. Rather than search through pages on a website, or wait on hold for a phone operator, they can get immediate answers to specific questions.

With conversational UIs, you can:

In short, the way people communicate is changing. Many of us would rather shoot a message to a friend than pick up the phone and call. And, if we can send a picture, meme, or voice memo–even better.

Just think about how, now, we have emoji keyboards and GIF keyboards. These silly graphics have become inherent to the way we communicate. And, these habits are shifting the way people want to talk with brands, too.

The world’s leading brands use messaging apps to deliver great customer service. Below are five examples of companies getting conversational UI right.

Sephora is one of the leading companies in beauty retail, and its conversational UI is no exception. With a head start in 2016, they built two conversational apps that are still in use today.

The Sephora Reservation Assistant, available on Facebook Messenger, makes it easy to book a makeover appointment.

Their second bot, Color Match, wants to help customers find their perfect lipstick shade. It can take any photo of lips and find a similar shade available for purchase at Sephora. The Color Match bot is also on Messenger, so they're both able to help when customers are on-the-go.

Our second conversational UI example is Starbucks. Starbucks has also joined the conversation with their chatbot that makes ordering coffee a breeze.

Through their conversational interface, customers can place their order from anywhere and pick it up when it's convenient for them. The friendly chatbot lets customers know when it's ready and even helps them pay and tip the barista.

With Chatbots revolutionizing tourism and transportation, it’s no wonder Expedia wants in. Expedia's chatbot facilitates booking a hotel anywhere in the world. Expedia would be our third conversational interface example.

The Expedia bot runs on Messenger, making it desktop and mobile-friendly and very easy to use. All you have to do is type the city, departure, and arrival dates, and the bot displays the available options.

The CNN chatbot is our fourth conversational UI example. It delivers personalized news through Facebook Messenger. Finding and initiating a conversation with CNN is easy, and the chatbot asks questions to deliver a personalized experience.

The chatbot even takes requests. You can type anything in its conversational interface from “cats” to “politics”, and relevant news appears instantly.

For a surprising addition to the list, Maroon 5 is using a chatbot to engage and update fans. From new music releases to concerts near you, Maroon 5’s chatbot will keep you posted on the latest activities.

The bot even jokes around with the user, which helps the conversation user interface feel more playful and fun.

Want to develop a conversational UI?

With Hubtype, you can build modern conversational user interfaces with our full-stack serverless framework. Your team can quickly develop production-ready conversational apps and launch them within minutes.

Our platform is the technical interface between your customers’ messaging apps and your CRM/tech stack. With it, you can manage the customer experience all from one place. You will also:

Contact our sales team to see if Hubtype is right for you. We’ll answer any questions you might have about your specific needs.

How to Build a Modern Ecommerce Tech Stack

How to Access the WhatsApp Business API: Getting Started